Vicki S. is the owner of this Iowa home and unfortunately she was diagnosed with lung cancer. The variable that changed according to Vicki was living in her new home for two years so she suspected that high levels of radon (an odorless, invisible, toxic gas that is linked to causing lung cancer) was the culprit of her diagnosis. Vicki soon contacted the experts at MidAmerica Basement Systems to make her home safe again. Joe Sarb was the Design Specialist sent to provide Vicki a free estimate and suggested that she not only install a radon mitigation system, but also advised to seal her dirt crawl space. Vicki wanted to be permanently rid of this deadly gas so she gave the MidAmerica Basement Systems team the green light to begin the project.

William “Bill” Wilcox was the Foreman on site. The team began the project to rehabilitate Vicki’s home by encapsulating the crawl space. Dirt/exposed earth crawl spaces are especially susceptible to radon seepage which is why securely sealing them is paramount in ridding the home of radon. The team encapsulated the crawl space with none other than the strong, 20mil thick CleanSpace. Under CleanSpace, the team installed Drainage Matting which is a dimpled polyethylene membrane that allows water to flow freely under the CleanSpace liner. The team also installed SuperSump which will pump water intrusion out of the space to avoid a “pooling” effect in the crawl space. The team also sealed necessary cracks and performed vacuum air sealing to further protect the home from radon. Now that the home was sealed, a radon mitigation system was installed to pull radon out of the home and release it above the property and far away from Vicki and her loved ones. Although Vicki has challenges ahead of her, MidAmerica Basement Systems is happy to have stopped Vicki’s exposure to radon and providing a safer home for her. 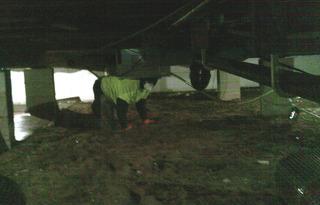 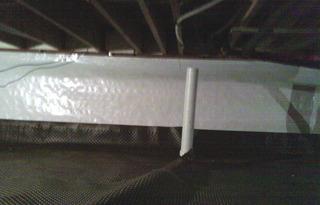 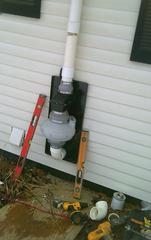 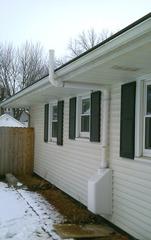 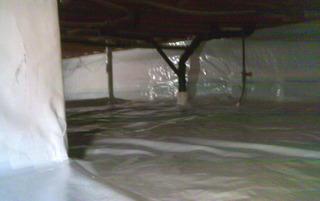