Failing Walls and Leaking Basement are Repaired in Galva, IL

Henrietta and her husband were having issues with a leaking basement, causing the wall paneling to warp and rot. When they tore down the walls, the problem was even worse. Two of the four walls had begun to bow which was causing the water to seep into their basement. They reached out to MidAmerica Basement Systems to have the problem resolved.

It was very important to permanently stabilize the walls to keep the home safe for the couple to live in. There are many options to permanently fix the issue, with one solution being CarbonArmor. CarbonArmor is a uniquely-flexible, 7-inch-wide strip that adheres to the wall, offering the tightest bond. The combination of the ArmorLock and epoxy permanently stop the wall from worsening, stabilizing the home. Due to the water seeping in the walls from the bowing walls, WaterGuard was installed around the perimeter of the basement. WaterGuard is a patented drainage system that collects water from under the home’s foundation and collects water that seeps in through the walls, preventing it from surfacing. Once water has been collected in the WaterGuard, it is redirected to a TripleSafe sump where it is properly discharged from the home, leaving the basement dry. Now that Henrietta’s home is stabilized and waterproofed, her and her husband now have a home that will last a lifetime. 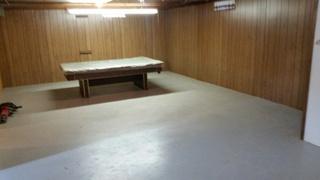 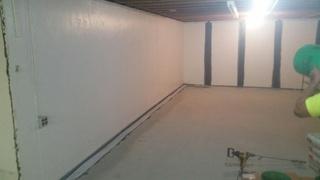