Rick and Michelle were having issues with water leaking into their basement and contacted the experts at MidAmerica Basement Systems. During inspection, it was addressed that the reasoning for the leaking foundation was due to the settlement of the home. Some settlement cracks were as wide as 1/8 of an inch, and left untreated, only poses a larger threat to becoming something worse.

It was suggested installing a Push Pier system to lift and stabilize the home’s foundation. The piers a driven deep into the ground to the most stable soil layer, to provide a permanent stabilization for the home’s foundation. Brackets are than attached to the piers, pushed up against the foundation’s footing, to stabilize and help lift and level the home back to its original position. The Push Pier system can produce the ability to lift the home, allowing for foundation cracks to close. A new layer of asphalt-based damp-proofing material was than applied on the outside foundation of the home. A waterproofing system was installed on the inside of the home, to insure a dry basement for the home. WaterGuard was placed around the perimeter of the basement to collect and direct water to the sump pump. CleanSpace was placed along the foundation walls to create a moisture barrier from the rest of the basement. A TripleSafe sump was installed to discharge any water that would enter the home. 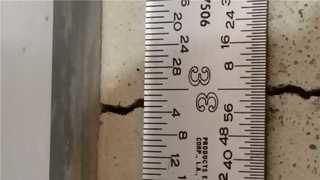 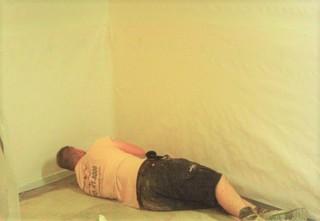