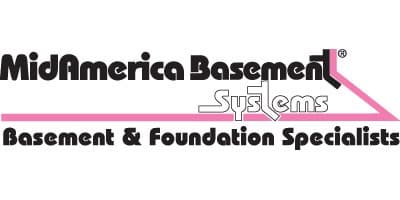 Davenport, IA – MidAmerica Basement Systems was recently honored at a meeting of over 600 guests from all over the United States and Canada at this year’s Team Basement Systems Convention. The annual convention is held each year between Seymour, Connecticut, (where the Basement Systems headquarters is located) and Hartford, Connecticut, and brings together dealerships of the international network for classes, seminars, training, parties and networking.

The convention featured guest speakers Krish Duhnam (of the Zig Ziglar corporation), and the “Pit bull of Personal Development” Larry Winget. A sports-themed party at the Connecticut Convention Center ended the convention week with music, food and performances by the Harlem Wizards and the New England Patriots Cheerleaders.

Basement Systems is an international network of basement waterproofing, crawl space repair and basement finishing contractors. The international headquarters, based in Seymour, Connecticut, also provides sales and service throughout Connecticut and Westchester County, NY. Larry Janesky's Basement Systems has been helping homeowners increase their usable living space for over 20 years across the United States, Canada, Ireland and the United Kingdom. They have 27 patented basement and crawl space products, designed to help homeowners get more out of their basements and increase their home's value.