Marcus and Jennifer Hill were perplexed by their wet basement! Finally fed up, they found the professionals at MidAmerica Basement Systems. The couple spoke to Appointment Center Manager, Jennifer Abel, and explained they weren’t sure what was causing the water intrusion but expressed that water seemed to be entering everywhere in the basement! The team sent Design Specialist, Mac McDaniel, to go to the home of Marcus and Jennifer to offer a thorough inspection and provide a free estimate. Mac explained to the homeowners what permanent solutions would work best for their basement needs.

The project was led by Foreman, Bill Wilcox. The team waterproofed the basement by installing WaterGuard, a perimeter drainage system. WaterGuard is designed to drain wall leaks and ground water seepage to the sump pump. The team covered the open sump pit with a secured domed lid to prevent water vapor from rising from the pit. To add some flood protection if the power goes out during a heavy storm, the team fitted an UltraSump back-up battery pump. To insulate the basement, the team installed ThermalDry Wall System which reflects over 90% of heat back into the basement, creating a warm space while saving on energy bills. ThermalDry acts as a water vapor while draining wall leaks to the perimeter drainage system, WaterGuard. Marcus and Jennifer would like to use their basement as an extra living space and with the help of the MidAmerica Basement Systems team, the homeowners are off to a great start! 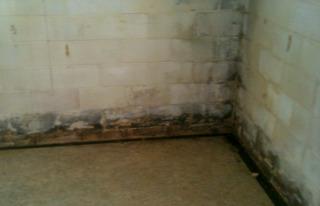 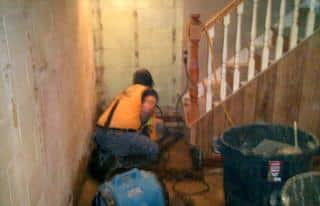 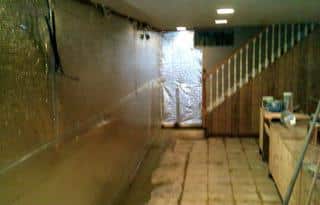