Homeowner Robert was concerned about the water issues in his home. He thought he needed a new sump pump. When he made an appointment with MidAmerica Basement Systems he was eager to learn what kinds of problems he was really having. After meeting with Design Specialist Troy Hamilton and learning about the problems he was having and why he knew it was a good idea to have a new sump pump and a full perimeter WaterGuard system.

The new TripleSafe sump pump is a three-pump system that comes fully equipped with a battery back up and a WaterWatch Alarm. The batter back up is used to keep the sump pump working just in case you experience the loss of power during a storm. The WaterWatch Alarm is a small alarm placed in the top of the pump that will alert you incase the pump ever has a chance of flowing over the top of the pump. To begin the system install you must jack hammer the perimeter of the basement out until you have a trench big enough to hold the WaterGuard systems. After the trench is dug and cleaned out the WaterGuard system is put together and placed in the trench. The trench is back filled with rocks to hold it in place. Next the sump pump is placed in a pit and it is also back filled with rocks to hold it in its place. After everything is in its place and working properly the entire system is paved over with cement to make it make it apart of your home. When the waterproofing system is finished many homeowners choose to finish their space to make it livable. 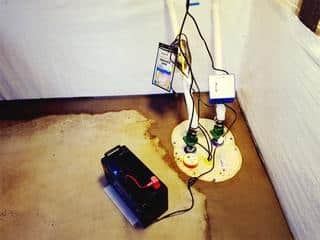 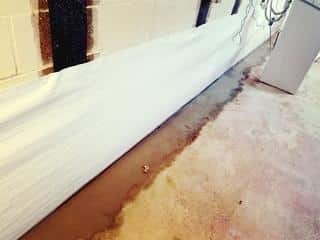 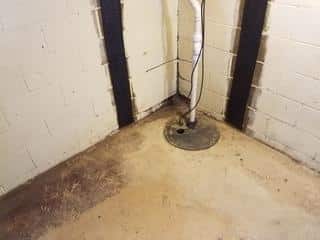 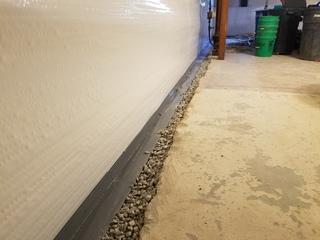 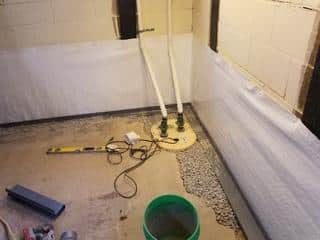