From Mendota, Vicki J. was deeply concerned about the condition of her foundation walls so she contacted the professionals at MidAmerica Basement Systems. Vicki spoke to Appointment Center Representative, Jennifer Abel, and further explained that she noticed that three of her four basement walls have cracks and were starting to move in. She further expressed that due to the condition of the basement walls, she had a pipe break! The team sent Design Specialist, Kevin Coakley, to inspect Vicki’s home and provide a free estimate. Kevin suggested the best permanent solution for Vicki’s basement.

The project was led by Foreman, Shane Ravenscraft. The team began by digging smalls holes a few feet away from the compromised foundation walls. A steel rod was then drilled through a 1” hole in Vicki’s basement walls and is connected to an earth anchor installed in the augured hole. A low-profile wall plate is placed on the interior basement wall and secured to the steel rod. The augured hole is back filled and sod is replaced. Once all of the components are in place, the system is tightened and the wall is permanently stabilized. Wall anchors provide a great opportunity to straighten the wall over time. 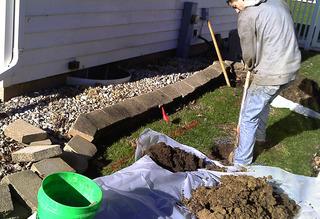 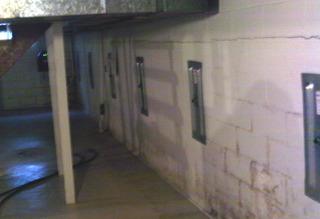 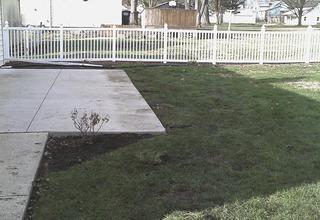 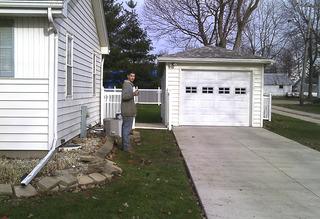