Chris was having issues with his concrete garage slab sinking. He thought that a simple lift to the slab would fix the issue and bring his garage back to level. He contacted MidAmerica Basement Systems to have a specialist come and inspect his situation. To his surprise, the supporting foundation wall under his garage, was being to bow. The bowing wall was creating a void under the concrete slab, which lead to the sinking of the garage foundation.

Crew members had to address the main issue of the sunken concrete – the failing foundation wall. CarbonArmor was installed to the bowing basement wall to prevent the wall from anymore inward movement. CarbonArmor is a uniquely-flexible carbon fiber fabric that is 10 times stronger than steel. A special epoxy is applied to both the wall and CarbonArmor, providing the strongest hold and deepest penetration. When CarbonArmor is installed with the ArmorLock anchorage system, CarbonArmor will stop the inward movement of the wall, while providing a permanent hold. After the bowing wall had been addressed, crew members were able to begin fixing the sunken garage floor. Due to the bowing wall, the concrete had settled roughly over an inch. Poly-ports were strategically placed along the concrete floor, with the size being smaller than a dime, so PolyLevel could be properly injected to fill the voids. PolyLevel is a lightweight material that precisely and accurately lifts concrete. In less than a day, crew members had effectively lifted the concrete slab to its original position. Chris is thankful for the help from MidAmerica Basement Systems. Without them, his bowing foundation would have been missed, causing an even bigger threat to his family and his home. 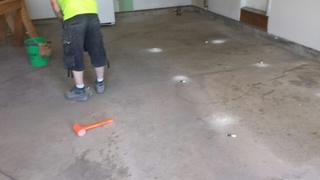 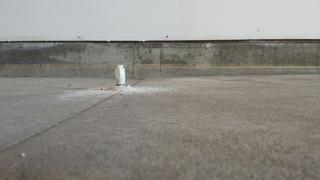 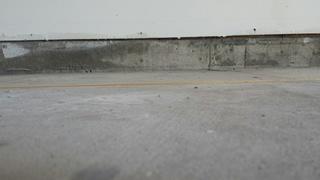