Rich B. from Peoria called the team at MidAmerica Basement Systems concerning the condition of his basement. Rich explained that the house was built in 1969, the basement itself was built with cinder block wall construction and two of the basement walls were starting to bow inwards. Rich was interested in an estimate on securing and perhaps restoring walls to original position. The team sent Design Specialist, Kevin Coakly to provide a free inspection and estimate to Rich. Kevin suggested Geo-Lock Anchors, because they strongly secure walls from further bowing and also allows straightening over time. Rich is excited to having stable walls that will be improved over time!

Foreman, Shane Ravenscraft, led the team on this project. The team installed Geo-Lock anchors by first digging small holes a few feet away from the foundation. A steel rod is drilled through a 1” hole in basement wall and is connected to an earth anchor that is seated deep within an augured hole. A low-profile wall plate is placed on the interior of basement and is secured to the rod. The augured holes are backfilled and sod is replaced. Once everything is in place, the team mechanically fastens the wall anchor to firmly secured and tightened. Geo-Lock anchors have10 times more contact with the soil, resulting in more holding power in weaker soils. Rich could not be happier that he has found the remedy to his foundation problems! 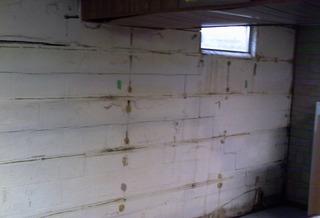 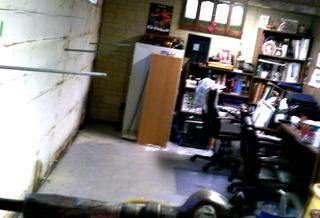 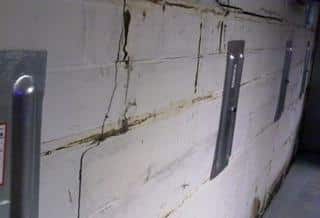