Port Byron homeowner, George, realized that some things do not get better with age, such as his 100 year old home. The basement repeatedly flooded and George was ready to waterproof the basement once and for all so he reached out to the professionals at MidAmerica basement Systems. The team sent Design Specialist, Joe Sarb, to inspect George's home and provide an estimate. Joe recommended the solution that would best fit George’s needs and with a clear understanding, George gave the team the ok to begin the project.

The project was led by Foreman, Mike Clementz. The team began waterproofing the basement with the installation of a WaterGuard subfloor drainage system which is designed to not clog and drain wall leaks and ground water seepage. A TripleSafe sump pump system was also installed to keep the basement dry all the time with special features such as a battery backup pump and WaterWatch alarm system which will alert George of potential risks of flooding in the basement. The walls were lined with CleanSpace to drain wall leaks to the WaterGuard and also create a water vapor to further waterproof the basement. George may have an older home but his basement is waterproofed with modern and efficient systems! 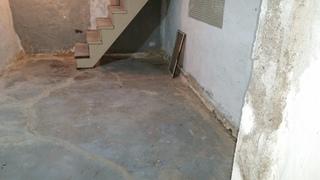 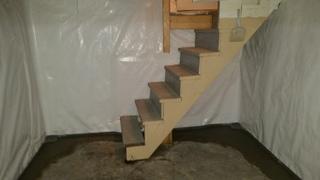 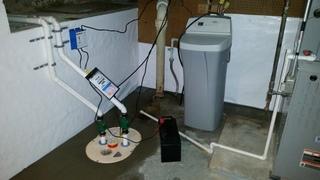