Linda and Greg were becoming very upset with their current sump pump. They were told that the sump pump would discharge any water that enter the home, but there was a minor detail that was missed. Water would only be pumped out of the home, if and when the water reached the sump. The foundation walls were made of brick, and over time had begun to seep and leak water, creating large water messes in their basement.

They reached out to MidAmerica Basement Systems to have their issue properly addressed. During inspection, Mac had offered installing a multi-waterproof system to address all issues of the basement. For the leaking brick walls, BrightWall panels were placed over them. BrightWall is made of a rigid, plastic material that is waterproof so it will never be ruined by water or moisture, and it a vapor barrier that prevent moisture from entering the basement air. WaterGuard was placed around the perimeter of the basement to collect any water that seeps in from the walls, and directs it to a new TripleSafe sump. The TripleSafe and previous sump pump work together to discharge the water from the home. With each system working together, Linda and Greg have a proper and productive waterproof system to keep their basement dry. 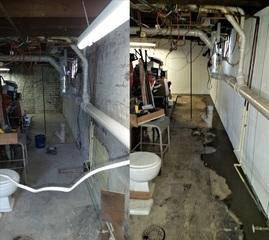 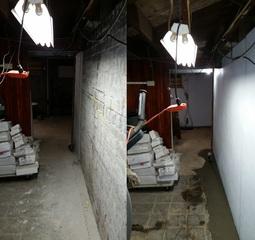